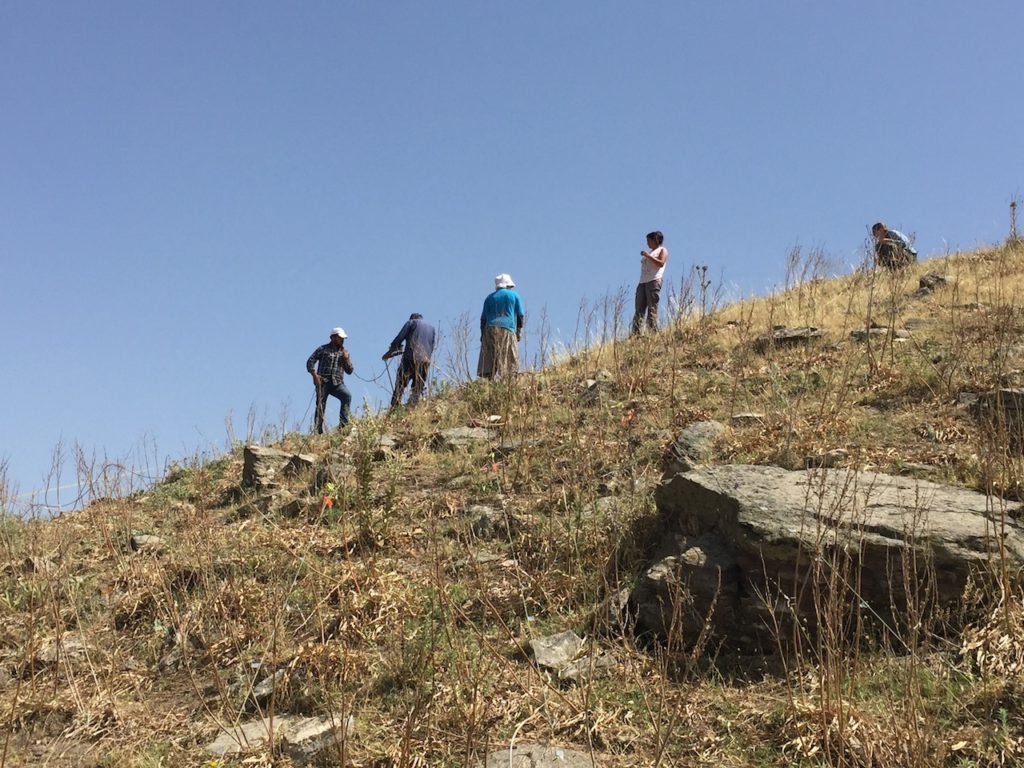 May saw the annual arrival of the geophysics team for three weeks of electrical resistivity survey at Kaymakçı, officially kicking off the 2016 KAP season! This year, the fifth in an ongoing campaign aimed at mapping out potential structures below the site’s surface, focused primarily on areas outside the walls of Kaymakçı that we otherwise get little opportunity to explore. This year’s geophysics team included Dan Plekhov, Haley Chasteene, and was led by Güzin Eren.

Some of these areas were rough. Geophysical survey is always somewhat physically taxing, but this year we got to work in some particularly steep and overgrown areas. We soldiered on!

Other areas were far more pleasurable, and the joyous arrival of rain helped soften the soil and make our lives much easier.

But of course, rain or shine, being in the field was always worth it, if only for the views…

So thus ended another successful and wonderful season of geophysics at Kaymakçı, made successful and far more enjoyable by our incredible team, and all the other friends we made along the way! Onwards to excavation!