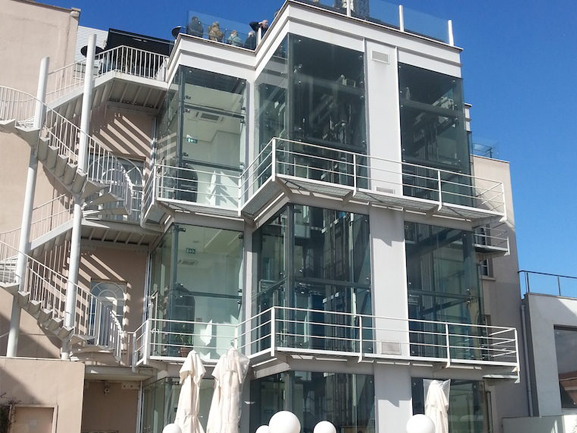 Ceramics is in the air! Discussing pottery evidence at Kaymakçı

It was with great pleasure that I joined, even if only for 10 days, the resident Gygaia team in Istanbul, more specifically my colleagues working at the Research Center for Anatolian Civilizations (ANAMED).

My experience working extensively at excavations and in museum collections in Western Anatolia, the Aegean, and Europe (most notably my 15 years at the site of ancient Troy) has helped me a lot to frame the new finds from Kaymakçı, where I serve as one of the senior ceramic analysts. Unsurprisingly, the main aim of my visit to Istanbul centered around planning the upcoming 2016 field season, discussing with Christina Luke and Chris Roosevelt various prospects, but also publication strategies. I was given also a tour of the impressive Koç University campus in Sarıyer, including the Koç University Surface Science and Technology Center (KÜYTAM ), for archaeological and other scientific analyses.

In addition to my work at Kaymakçı, I am also involved in collaboration with the German team at Pergamon, where I previously participated in evaluation of the data from the prehistoric survey in the central and lower Kaikos Valley. I am currently also involved in a re-study of the pottery and stratigraphy of the so called early fortification, published originally as Archaic (6th century BCE) by W. Radt, but later re-dated to Middle/Late Bronze Age (mid 2nd millennium BCE) by D. Hertel. Therefore, I also managed to do some work in the Pergamon Archive.

While the processing and analysis of objects is certainly the focus of my work, the opportunity to travel during the year and meet with fellow researchers in collaborative environments is extraordinarily valuable. Not only was I able to meet with colleagues from Gygaia Projects and Pergamon, but I also had the opportunity to listen to lectures and sit and talk with friends based at various archaeological institutes in Istanbul.