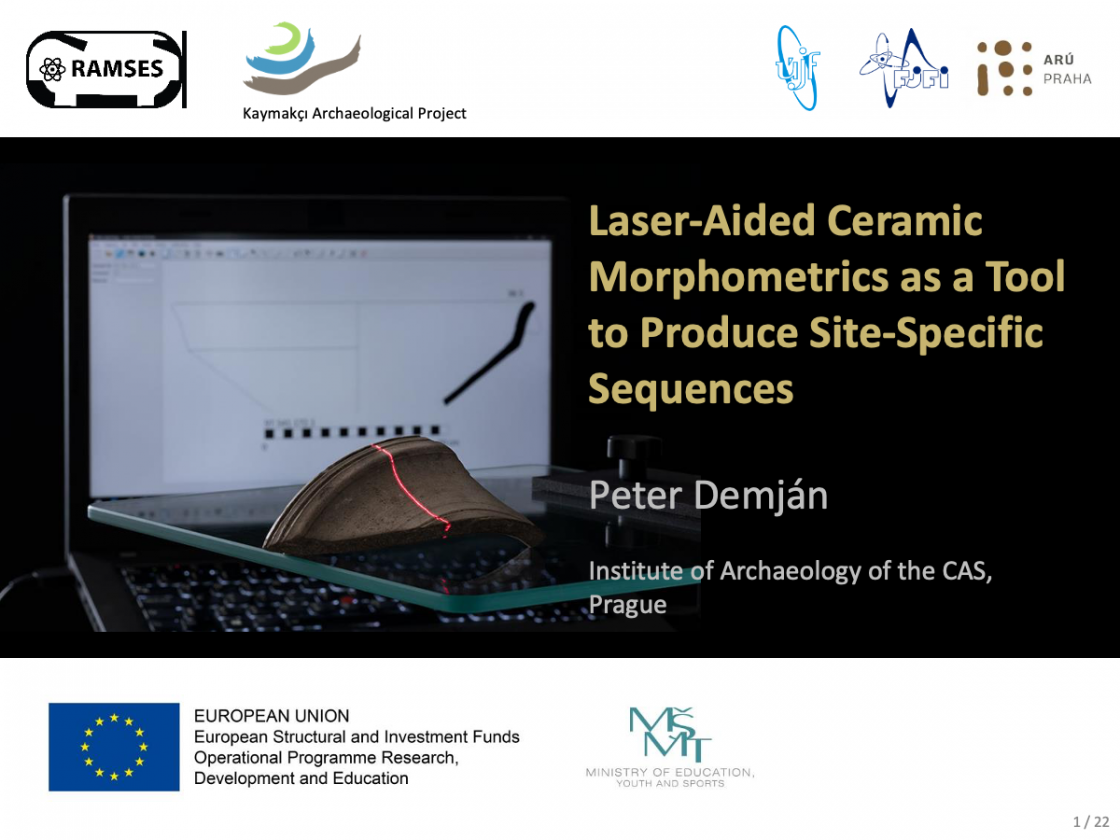 Presentations at the ASOR Meetings in San Diego, CA and an International Symposium in Ankara

We are pleased to share that members of our team presented recent research at both an International Symposium on Cultural Interactions: Borders, Routes, and Socio-Economic Dynamics, organized by the Department of Archaeology at Hacettepe University, Ankara, Turkey, and the Annual Meeting of the American Schools of Oriental Research (ASOR) in San Diego, CA. Brief information on the presentations can be found below.

Abstract: In this paper presented at the Cultural Interactions symposium, the authors explored current understandings of the socio-political and economic underpinnings of the emergence and collapse of central authorities in inland western Anatolia, a region that still today remains poorly understood in comparison to more studied processes of state formation and increasing complexity to both east and west. Rather than seeing Kaymakçı and its network around the Marmara Lake basin as situated on the border between the better known regions of the Aegean and central Anatolia, however, the paper argued for seeing it as an active, independent place situated between them – a “node” in social network speak – the pre-existing and indigenous importance of which presumably led to the routes that later habitually linked them. This is not to ignore the natural corridor of communication in which this network was located, but to make clear the particular geographic and environmental importance of the middle Gediz Valley. Rather than see it only as a link, we see it as another important node in interregional networks. The Gediz valley provided an ideal location for communities to prosper and grow, and to communicate and materially exchange with contemporary neighbors, resulting in the type of dynamic cultural interaction that is the theme of this symposium. But, it was precisely because of their strong historical ties to the region that local communities prospered, not only because of their neighbors.

Abstract: Ceramic finds present one of the most abundant sources of archaeological information. Statistical evaluation of ceramic evidence within a settlement, combined with other sources of evidence, can be used to produce site-specific chronological sequences. However, full use of this resource requires detailed drawing documentation of individual vessels—not just selected pieces, but a truly representative sample.

The Laser Aided Profiler (LAP), presented in this paper, allows for high-quality drawing documentation of dozens of ceramic fragments per day. It is a portable system, applicable for example at excavations abroad where long-term storage or transport of the finds to the home institution is not possible. Within a few minutes, it is possible to make a digital vector drawing that can be used to create a classic catalog and further use the acquired profile for morphometric analysis. The LAP is currently used at the Kaymakçı Archaeological Project (Manisa province, Turkey) to document ceramics from a Middle to Late Bronze Age hilltop site.

We developed a new methodology to assess morphometric (dis)similarity based on rim fragments and applied it on 1200+ specimens. We used the resulting dissimilarity matrix as input for hierarchical cluster analysis, which was then employed in the typological classification of the material. The dissimilarity scores were further used to express typo- chronological relations between the settlement features in a probabilistic way. Combined with stratigraphic evidence, it will be used as a prior for Bayesian modeling of radiocarbon data and ultimately reconstruct the site chronology.

Abstract: Excavations at Kaymakçı on the shore of Lake Marmara in Manisa province, Turkey, have uncovered stratified remains associated with defensive, domestic, storage, and other features over five seasons of excavation under the Kaymakçı Archaeological Project (KAP) since 2014. Even before excavation, surface finds suggested dates in the second millennium B.C.E. that are now confirmed by excavated ceramics.

While ceramic evidence allows for a local periodization of Middle Bronze Age and Late Bronze Age phases at Kaymakçı, a regionwide re-evaluation of synchronisms and connections across second-millennium B.C.E. western Anatolia is still needed, similar to the ARCANE project’s goal for the third millennium B.C.E. Imported, locally produced, and imitated Mycenaean decorated wares provide relative sequences for the narrow strip of coastal western Anatolia, yet they have decreasing utility further inland. Absolute dates on samples from Troy, Aphrodisias, and Beycesultan also provide certain chronological anchors, yet they are few and far between. Here we report the results of the first sets of Bayesian radiocarbon analyses of samples from selected stratified levels at Kaymakçı, providing absolute dates for local ceramic developments.

The results broadly confirm recent analyses of ceramic development in western Anatolia, situating the local assemblage among existing data and highlighting Kaymakçı’s cultural connections. Considering the periodization of the larger geographic area, we provide definition to the western Anatolian Middle Bronze Age and argue for inclusion of the 17th and 16th centuries B.C.E. in the western Anatolian Late Bronze Age, matching the widespread appearance of various Gray Wares.

Abstract: Archaeological sediment geochemistry is a valuable yet underutilized tool for elucidating the use and organization of archaeological sites. The method is based on the understanding that many human activities deposit chemical residues in the sediments upon which they are conducted, and these residues can be recovered archaeologically and mapped to reconstruct past uses of space. Here, we present the results of an innovative multi-scalar sampling strategy for archaeological sediment geochemistry, designed for the second millennium B.C.E. citadel of Kaymakçı in western Anatolia. The results of this study contribute both to the method and to our understanding of spatial organization at Kaymakçı. First, the study demonstrates how samples that are collected at multiple scales of analysis (e.g., intra-site survey versus features sampled during excavation) inform and contextualize each other and improve holistic understandings of sites. Second, results specific to Kaymakçı provide valuable insights into the internal organization of the site, interpreted in combination with data from geophysical survey and excavation. New findings include possible evidence for specialized activities such as metalworking, and patterns that suggest relatively heterarchical social organization. Such conclusions challenge assumptions about the nature of citadels in second millennium B.C.E. western Anatolia. These results also demonstrate that sediment geochemistry is a powerful tool for building comparative datasets that would contribute to our growing understanding of this important region.