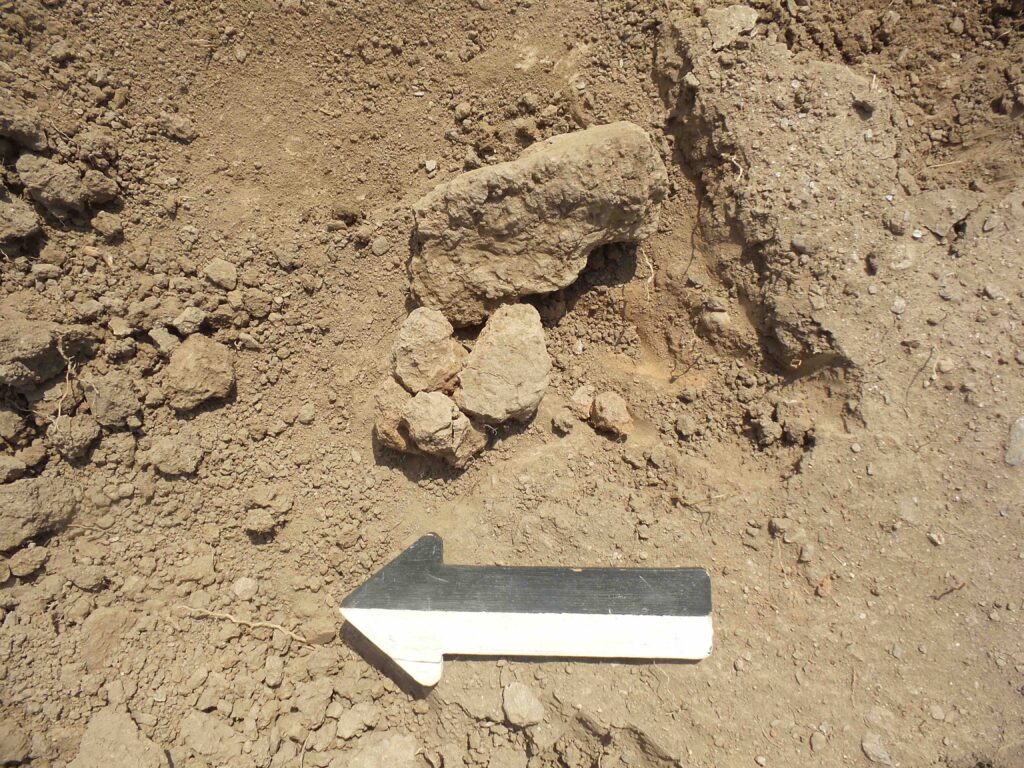 The great cities of Babylon and Mohenjodaro were built not of stone, but of mudbrick. The same was true for the first towns and cities of Anatolia. It is among the world’s most important materials—excellent for moderating temperatures in winter and summer. During the Late Bronze Age in Anatolia, and notably at places such as Hattuşa and Kaymakçı, people built big cities with this fantastic material, including streets, houses, and walls that towered many meters. This required massive labor, time, and resources. Over time, the elements literally blew away this impressive city. Today, we have fragments that give us clues.

As mudbrick and earthen materials are often sun-dried, they are very fragile and require a lot of time to maintain. Once people left Kaymakçı, the mudbrick infrastructure succumbed to the elements such as rain and wind. Thus, our research questions include a focus on the 3,500 year old fragments of this once impressive place, as highlighted in a recent article.

We are investigating not only individual bricks but also complete earthen features, from platforms to hearths and ovens, considering the full magnitude of the mubrick architecture that would have defined private and public spaces at Kaymakçı, as well as the superstructure of the fortification system. Understanding the chaîne opératoire—the production sequence—is a critical part of this work.

Mudbrick and earthen materials are made from a mixture of sand, silt, and clay; they also contain “temper,” such as straw, chaff, and mica schist. Variation in the composition of mudbrick at sites like Kaymakcı is influenced both by local resources and the choices made by those who produced the material. We’ve been working on understanding the fine details so that we can investigate choices made in the past.

In order to understand variations in both material sources and mudbrick production methods, we conduct particle-size analysis (or granulometric analysis) to measure grain-size proportions, from coarse, to medium, to sandy or silty/clayey.

Applying this analysis to an oven excavated in area 99.526 in 2016, we can show that the oven was made using bricks of different “recipes,” most of which do not adhere to an idealized ratio of 25–45% clay and less than 50% sand.

Perhaps the bricks came from different mudbrick makers using different recipes and resources, or perhaps they were produced at different times, only used together in the oven. We probably won’t be able to answer such questions definitively, but without this type of analysis, we wouldn’t have known to ask them in the first place! Stay tuned for future posts and the publication of the in-process article for more hypotheses about how the people of Kaymakçı used earthen materials to shape their architecture and daily lives!