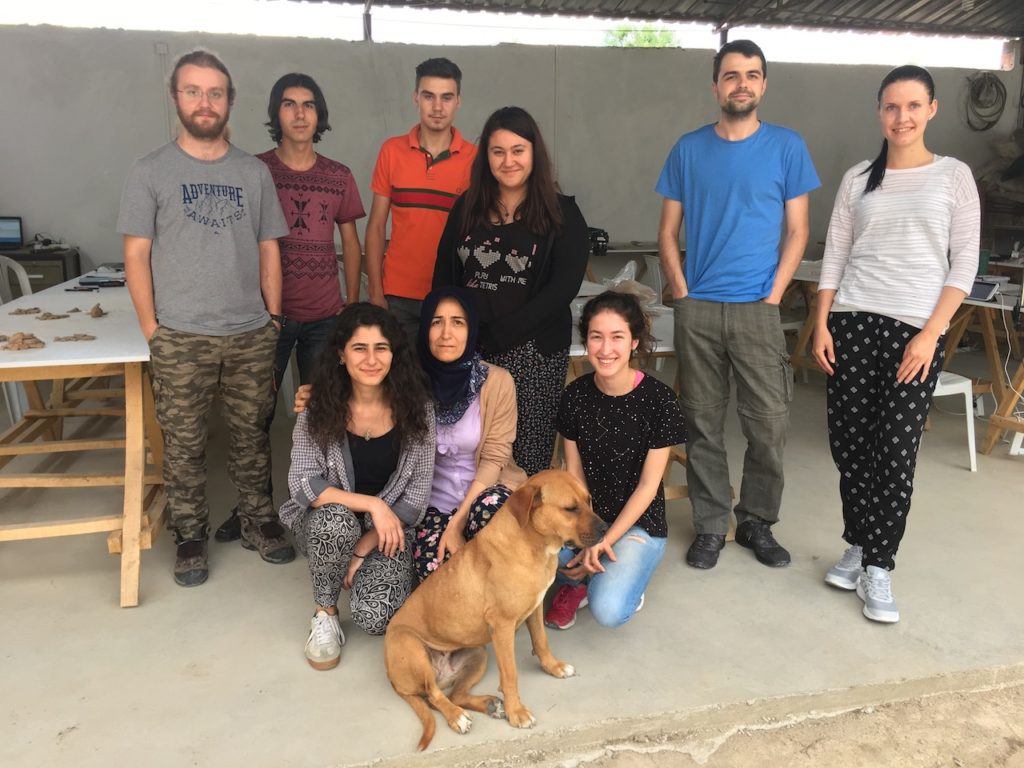 So many sherds, so little time: re-analyzing pottery at Kaymakçı

During the 2017 study season, the pottery team at Kaymakçı is re-examining the great amount of ceramic sherds collected in previous years. These have already been processed during the excavation seasons, but this year the goal is to analyze the pottery repertoire in more detail by looking for major groups and subgroups’ distinctions and correcting possible errors. This detailed study will allow a more careful assessment of intra-site variation and represents a pivotal element for the interpretation of the excavated contexts.

We follow the now well-established processing procedures. Every group of sherds collected from a context is divided into sub-groups according to fabric and typology, while diagnostic specimens (rims, handles, bases) are numbered and recorded separately.

All sherds have now been photographed and weighed. Additionally, the color of the interior and exterior surface is recorded using Pantone CAPSURE devices. Sherds of interest are also analyzed via 3D scanning.

The process requires teamwork and coordination, and we are lucky to have extra help sometimes!