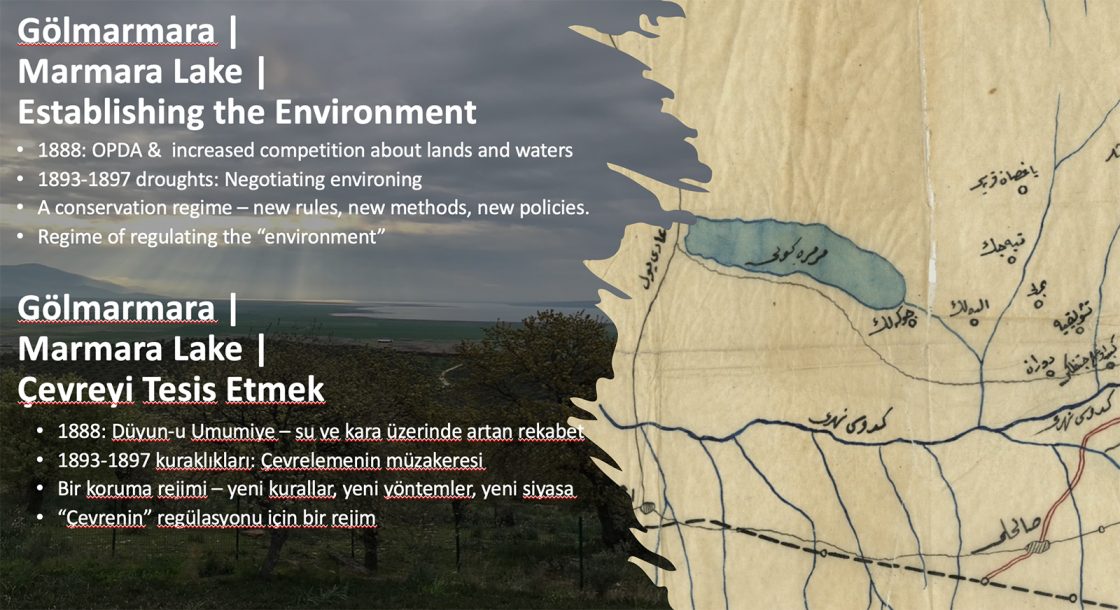 We’re back again with another presentation at the 15th IAAS, Winds of Change: Environment and Society in Anatolia. This one brought out a new area of research that focuses on climate change, wetland management, and voices from the Ottoman archives. We’re very excited about this ongoing work. See below for more details!

Of Wetlands and Reclamation Regimes: Climate Change, Social Upheaval and Political Practice in Western Anatolia in the Long Nineteenth Century

Abstract: Recently, Ottoman waterscapes have garnered attention, and there has been a revived interest in local and regional studies. A growing corpus of Ottoman environmental histories focus on waterscapes as part of social, political, and economic transformations of the economic and natural landscapes of the empire. Despite this interest, wetlands have been understood and discussed as empty, malarial, putrid, and unproductive spaces, often dominated by nomadic tribes and transhumant communities. In part this perspective has been cultivated by historians who celebrated late Ottoman efforts to desiccate and reclaim wetlands. In this chapter, we scrutinize evidence that late-nineteenth-century wetlands were in fact resilient ecosystems with unique micro-ecological characteristics and with major actors who were active in the transformation of these social, economic, and ecologic systems. To do so, three wetland areas from western Anatolia were chosen, each of which tells a unique, but interconnected story. Seemingly small in spatial scale, these wetlands were connected to a much larger world of villagers, merchants, bureaucrats, administrators, entrepreneurs, and even imperial and trans-imperial institutions that defined much of western Anatolia. These resilient micro-ecologies also supported significant macro-climate patterns that in turn balanced patterns of migratory birds and animals, including transhumant lifeways. We argue that the quest to control wetlands as well as to move towards capitalist modes of production in late-nineteenth-century western Anatolia pivoted on competition and conflict among various actors with different interests, rather than a monolithic group of entrepreneurs solely in pursuit of profits through agricultural production and destruction of wetlands. We illustrate that negotiations reached across multiple scales and in turn influenced how specific actors came to understand natural history and the importance of integrating policy and human manipulation of ecosystems. Finally, we set each of these narratives within the significant and shifting climate changes that took place in the mid- to late nineteenth century