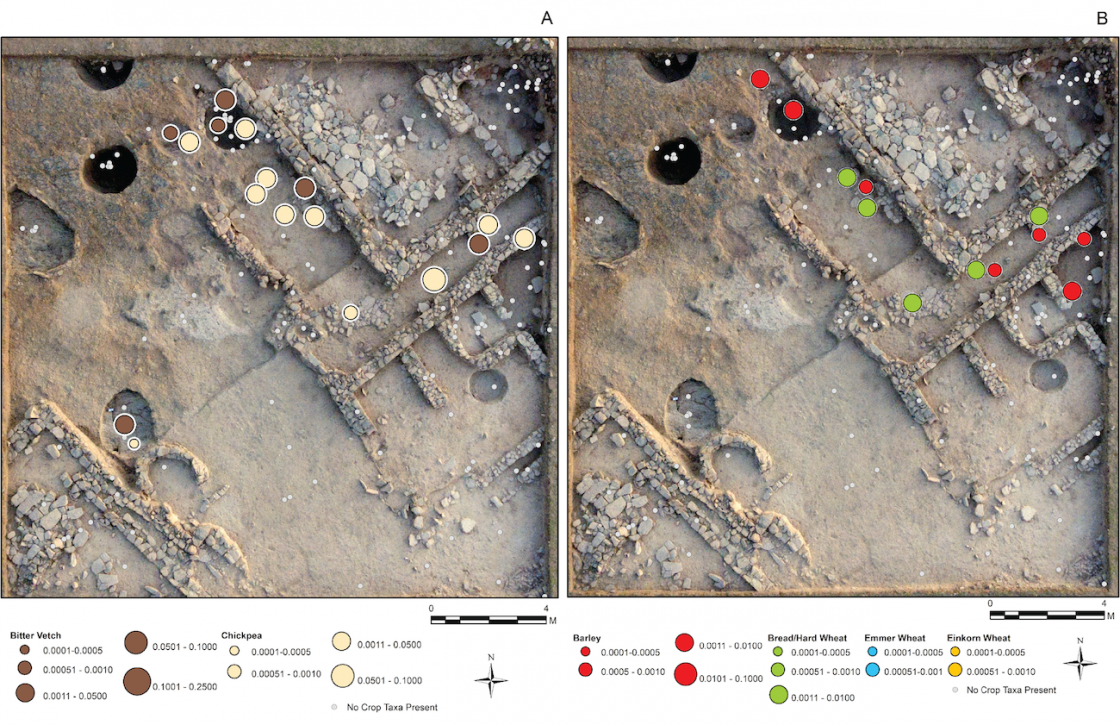 A New Publication on Agricultural Practices in the Journal of Archaeological Science: Reports

We are pleased to share that a new publication on agricultural practices at Kaymakçı has just appeared in the Journal of Archaeological Science: Reports. See below for details!

Abstract: Archaeobotanical analysis at Kaymakçı, a second-millennium BCE site in western Turkey, gives the first evidence for Bronze Age agricultural practices in central western Anatolia, and represents one of a very few contemporary datasets for western Anatolia as a whole. Inhabitants of the site adopted a diversified agricultural system, with major crops including barley, free-threshing wheat, bitter vetch, chickpea, and grape. Spatial analysis of crop taxa suggests differential distribution of wheat and chickpea across the site, while initial results of diachronic analysis indicate a narrowing of wheat agriculture over time. The archaeobotanical assemblage of Kaymakçı is compared to those of contemporary sites throughout the Aegean and Anatolia, where it represents an inter- mediate position, an apparent hybrid of Aegean and Anatolian agricultural practices. This study provides a valuable new perspective on agriculture of the Late Bronze Age in a particularly understudied region of the eastern Mediterranean.