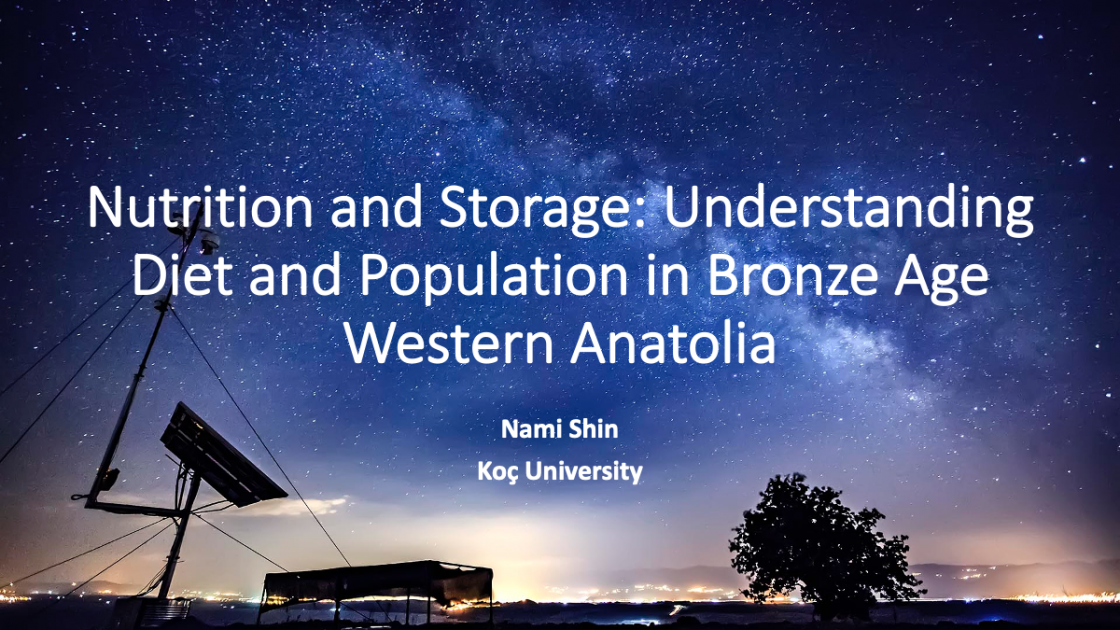 Presentations at the 2020 Virtual Annual Meetings of ASOR

More good news! Kaymakçı and the Marmara Lake basin were well represented in the “Environmental Archaeology of the Near East” and “Anatolia” sessions at the Annual Meeting of the American Schools of Oriental Research (ASOR). See below for more information and the great work presented by team members.

Before Croesus’s Gold: Metalworking in the Gediz River Valley during the Second Millennium BCE

Abstract: The development of metalworking in the Gediz River Valley during the Iron Age has been carefully examined through the study of metal finds and production areas, especially at the site of Sardis. When it comes to earlier periods, however, solid datasets for the study of metal procurement, trade, and manufacturing strategies in this region are lacking. This is particularly true for the entire region of western Anatolia, where the extensive study of 3rd millennium BCE metallurgy has not been balanced by a similar focus on the following phases. Recent archaeometric work at sites such as Troy and Panaztepe addressed this issue and confirmed the need for comprehensive analyses of MBA and LBA metal technology on both regional and site-based levels. The current work focuses on the LBA metal assemblage from the second-millennium BCE citadel of Kaymakçı and aims to target issues of raw material procurement, technological knowledge, and manufacturing strategies through both contextual analysis and archaeometric data. The diachronic and synchronic comparison of the Kaymakçı dataset with those of other sites in the Gediz River Valley, as well as the wider region of western Anatolia, allows further discussion of pivotal issues, such as the extent of postulated routes for metal trade in the LBA and the balance of innovation and continuity that characterizes the metal industries of the area throughout the centuries.

Abstract: This paper explores the relationships between a fortified citadel and the production-consumption patterns of animals. Here we explore social spaces along the fortification wall of Late Bronze Age Kaymakçı in western Turkey, asking specifically how archaeological contexts reveal patterns of use and disposal. The study at hand is enabled by means of the collaborative perspectives of a zooarchaeologist working specifically on the western Anatolian Bronze Age and an excavator working on Anatolian systems of defense. Our analysis focuses on the zooarchaeological assemblage at the juncture of the Kaymakçı fortifications. We ask the following question: do we see patterns of social life as well as patterns of large-scale disposal? By probing this question, we contextualize zooarchaeological remains into categories of debris/waste, meant to be expelled from the settlement, versus production and consumption, defining social interactions within the site.

Dressing a Pot: Surfaces in the Marmara Lake Basin during the Second Millennium BCE

Abstract: This paper focuses on surface treatment and decoration practices during the second millennium BCE. I investigate Gold Wash, Silver Wash, and painted sherds from the Marmara Lake basin and the site of Kaymakçı. The aim of this paper is to understand how decoration and surface treatment practices developed in the region and thus also to demonstrate their spheres of influence for western Anatolian ceramic traditions during the second millennium BCE. I explore distribution and density within the Marmara Lake basin using data from the Central Lydia Archaeological Survey (CLAS), limited earlier surveys, and ethnographic data from nearby Gökeyüp. In turn, the excavations at Kaymakçı offer detailed chronological control from which to explore the regional data. From this dataset, I investigate the meanings attached to broad surface treatments in gold and silver wash in comparison to choices for painted decoration. I consider relative spheres of influence, stylistic fashions of regional identity, processes of imitation, as well as local resources and technological innovation in ceramic production.

Situating the Citadel: Explorations of the Fortified Landscape of the Gediz River Valley in the 2nd Millennium BCE

Abstract: Between 2005–2013, the Central Lydia Archaeological Survey (CLAS) identified six citadels dating to the 2ndmillennium BCE in the area surrounding Lake Marmara. Kaymakçı—which is currently being excavated by the Kaymakçı Archaeological Project (KAP)—is the largest of these settlements including approximately 8.6 hectares of fortified space. The massive size of this site and its proximity with five other contemporary citadels raise questions about how fortified sites in the Gediz River valley interacted with each other and with the landscape in which they were embedded. Do these citadels represent an intentional network, or do they represent competing interests within the restricted boundaries of the valley? How did the presence of these settlements shape the way that individuals perceived the landscape and how they moved through it? Here, we present preliminary interpretations from a GIS analysis of the 2ndmillennium BCE citadels of the Gediz valley. We explore the relationship between these citadels, their relationships with other features of their local and regional landscapes, and how individuals in the landscape may have gravitated towards or avoided them. We also consider how the dual role of settlement and fortification shapes a given citadel’s relationship with its surroundings. As new surveys and excavations throughout western Turkey continue to identify more sites dating to the 2nd millennium—both fortified and unfortified—we argue that this contextual approach provides one model for how we can explore the settlement dynamics of this period in history.

Abstract: To date, the archaeobotanical record of western Anatolia is represented by only a small number of sites with even fewer from the Bronze Age. Analysis of plant remains from Late Bronze Age Kaymakçı, a citadel site, provides new insights into the agricultural patterns and practices of this understudied region. The citadel’s size, location, and close proximity to several contemporary citadels demonstrates its importance and points to the potential of a larger network of interaction between these different citadels. Beginning with Kaymakçı, analysis of the plant remains presents opportunity to assess how different environmental and social factors played out in agricultural production at the site.

Archaeobotanical analyses at Kaymakçı thus far have revealed that barley (Hordeum vulgare), free-threshing wheat (Triticum aestivum/durum), bitter vetch (Vicia ervilia), chickpea (Cicer arietinum), and grape (Vitis vinifera) are the major crops at the site. When looking at the distribution of these crops across the citadel, barley and bitter vetch are distributed relatively evenly, whereas the distribution of free-threshing wheat and chickpea are mostly restricted to specific areas of the site. Identification of crop preferences, diachronic changes, comparison of Kaymakçı’s seed assemblage to contemporaneous sites, and other scientific analyses not only reveal the agricultural system at the site but also provide new data and information for the Gediz Valley in the second millennium BCE.