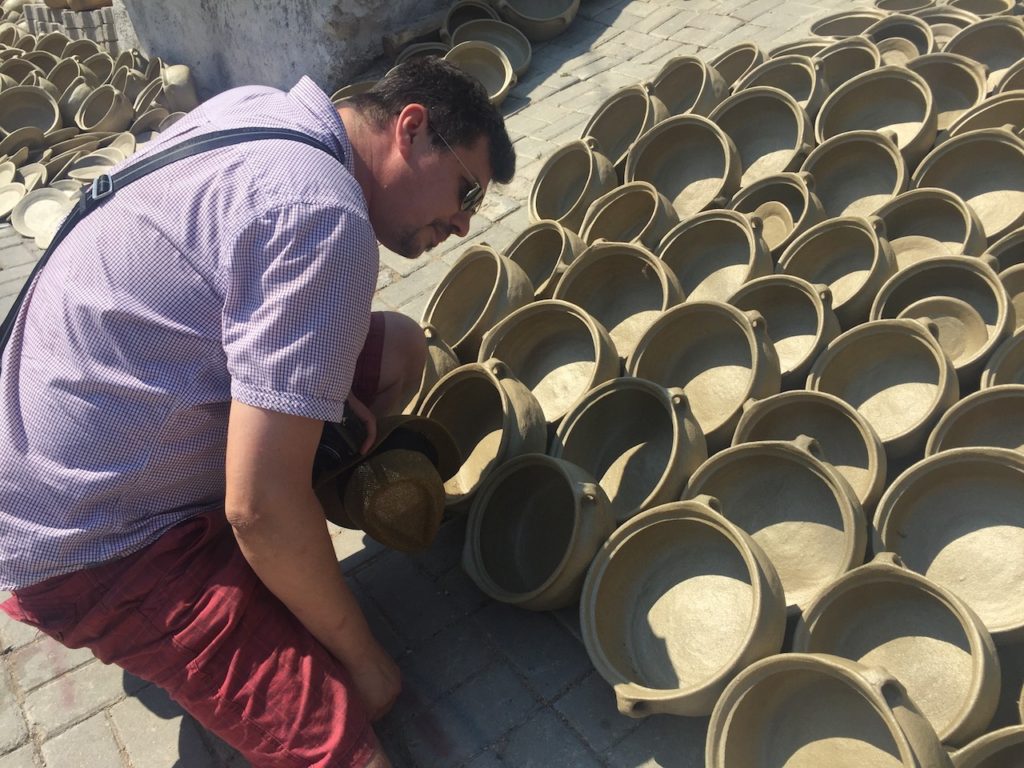 One of the many benefits of a study season is the chance to follow new lines of research that we wouldn’t have time for during a normal field season. This year, a number of team members were lucky enough to visit Gökeyüp, a village on the outskirts of the Gediz Valley, and watch the traditional production of ceramics. This is our first trip since excavation began at Kaymakçı, though we have visited the village multiple times over the past 15 years as part of the Central Lydia Archaeological Survey (CLAS).

Our area has been known for producing “goldwash” pottery since the second millennium BCE. “Goldwash” generally refers to ceramics that have a deep gold or bronze color following firing, which is created using local mica. In Gökeyüp, mica is used as a temper to strengthen cooking pots, and as a wash or slip to make them shine. Goldwash ceramics are also found at Kaymakçı, though their method of production seems to be different. That said, observing modern production can still be informative.

All the ceramics are made by hand by women who have passed down the skill over time. For this firing, they made 800 objects in two weeks!

When pots are ready to be fired, the potters build a circular pyre and stack the ceramics on top, covering them with wood. The location of the pyre here is in the street, at an intersection that gets a lot of wind to stoke the flames. The firing takes anywhere from about 30 minutes to two hours, and is carefully controlled.

The firing is a social event. Neighbors came to help and to watch, and even cooked potatoes on the embers for a snack! We are very thankful for the opportunity to have observed and participated in this local tradition.