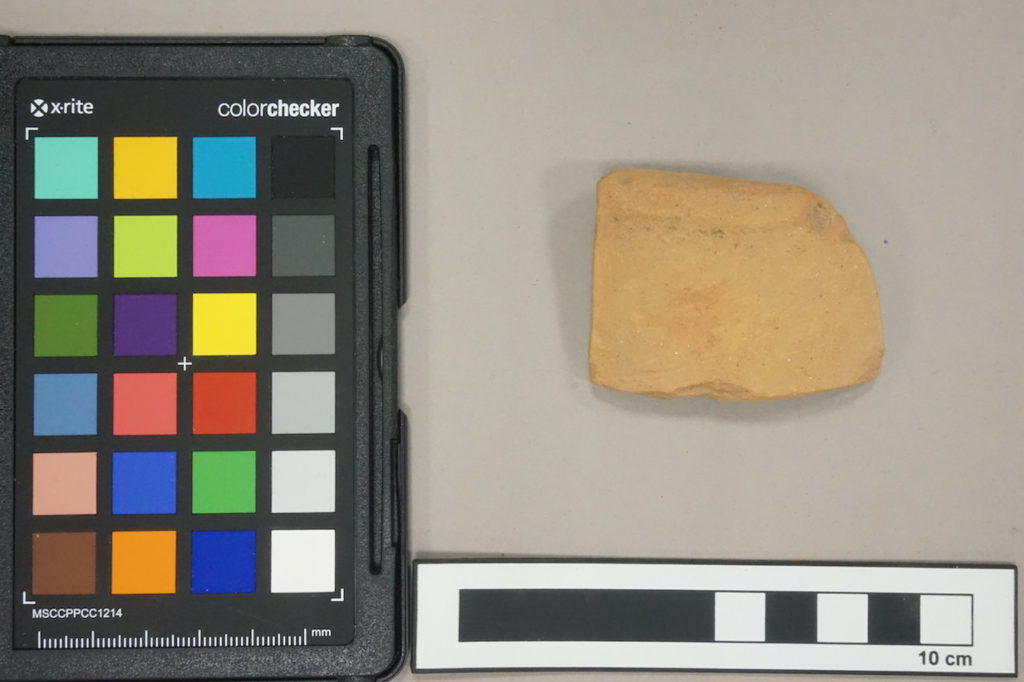 During my two years with the Kaymakçı Archeological Project (KAP), I have worked closely with Peter Cobb to develop a holistic recording system for ceramics from Kaymakçı. Related to this work, I have also recently begun to help with the 3D digital recording of ceramics from the Central Lydia Archaeological Survey (CLAS), directed by Christina and Chris between 2005 and 2014.

I live and study in Izmir at Ege University, but I travelled to Istanbul a few times during the 2015–2016 academic year to work with the CLAS material in the Archaeology Lab at Koc University. I worked with Christina Luke and Chris Roosevelt in person, and Peter Cobb virtually, to train a team of MA and PhD students in 3D recording methods. I also set-up the project’s NextEngine 3D Scanner as well as photography and Pantone Capsure (Munsell) stations in the lab, where they will be set up again in the fall for the next academic year. The training took two weeks; later I monitored Koç students from Izmir and visited Istanbul again for intensive periods of work.

We are continuing the same procedures now in our field lab, where we are working with a larger team on classifying and documenting ceramics that have just been excavated.