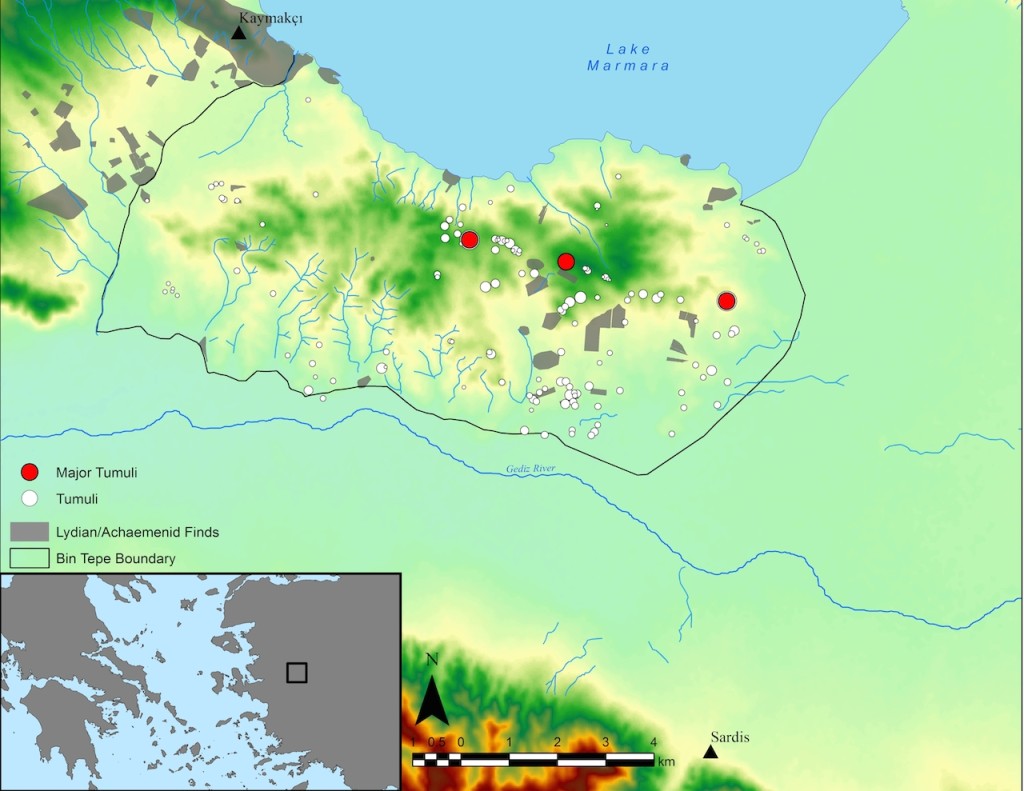 Gygaia Projects Presents at the AIA conference in San Francisco

I recently had the opportunity to travel to and present at the 117th annual meeting of the Archaeological Institute of America, held in rainy San Francisco. These conferences are often quite overwhelming, with many wonderful sessions to attend and people to meet who are engaged in exciting new research. This year was no exception, and I was happy to present my work to other archaeologists working on similar projects and to compare methods and results.

The research I presented took the form of a poster, coauthored by me, Chris Roosevelt, and Christina Luke, titled “Assessment of Iron Age Lydian Tumulus Distributions through GIS-Based Spatial Analysis.” The underlying question of this research was to determine what features of the Bin Tepe landscape influenced the placement of the burial mounds, which appear to follow certain patterns and form clusters.

By combining various spatial datasets into a Geographic Information System (GIS), representing such features as Lake Marmara, the Gediz River, streams, water features, and contemporary archaeological materials, we were able to measure the distance between each tumulus and the nearest of these features to measure proximity. Additionally, using digital elevation models, we were able to measure the visibility from each of the mounds to other features on the landscape, such as Kaymakçı, the Lydian city of Sardis, the three most prominent mounds, and all other mounds. Altogether, these measurements give us a sense of how the tumuli relate to the landscape in respect to their placement.

While this is useful information, we were interested in determining which of these landscape features may actually have been considered by Lydians when they chose sites for the mounds. To test this, we generated a set of random points equal to the number of mounds within Bin Tepe (137), and we did this 100 times. For each simulation, we again measured all these variables to get a distribution of values that reflected a random pattern representative of the landscape. By comparing this distribution to those of our real tumuli, we were then able to determine where our pattern significantly departed from the pattern we would expect if the mounds were placed randomly.

We found that there was a notable subgroup of tumuli that showed a clear preference for ridges and that intervisibility between the mounds was significantly greater than what we would expect from a random pattern. This suggests that proximity and visibility to other mounds was more important than proximity to natural features such as Lake Marmara or the Gediz River.

We received great feedback on these methods and results, which will factor into further analysis of the mounds to be presented at the Society for American Archaeology conference in early April. Stay tuned for more results then!