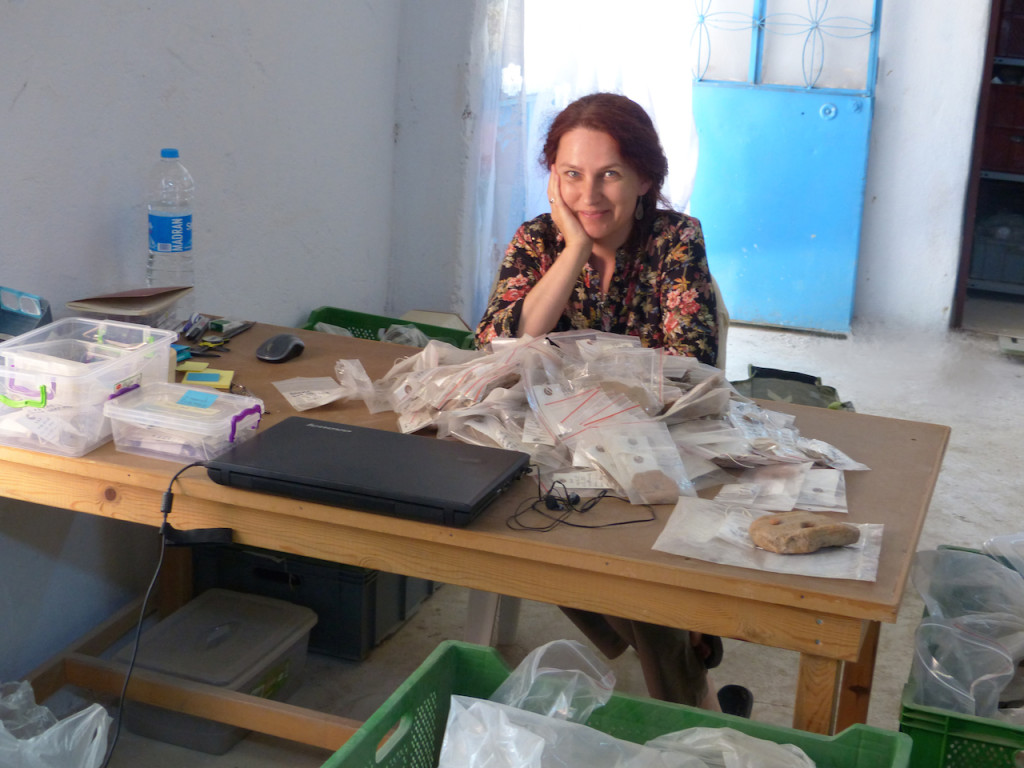 Returning to Kaymakçı, I have dived into the fascinating world of western Anatolian small finds: objects of everyday activities such as basic tools like loom weights or needles, objects of cult like animal figurines, or objects of dress and body adornments like bronze pins or beads. Between taking measurements, trying to make sense of rounded pieces of broken pottery that are sometimes found pierced, and planning improvements to the database, I try to imagine life at ancient Kaymakçı: rituals involving recently excavated parts of vessels shaped like bulls and snakes; children playing with small bits of broken pottery neatly worked as “tokens” or gaming pieces; women spinning yarn with conical, biconical, symmetrical, and asymmetrical spindle whorls…

My office! The small finds, once they are brought in from the field and properly conserved (if needed), are brought to me for identification and analysis.

Many of the finds brought in are easily recognizable as utilitarian objects, while others are mysterious and require more thought! Here are two items that share a similar round shape and ceramic material. The larger quotidian loom weight was used for weaving (it was pierced so it could be tied to weigh down the end of a string of the loom), whereas the small “token” has an unknown function.